Ask the Experts: Should Pigeon Really be a Big Deal for Small Businesses?

Whenever Google comes out with an algorithm update, it’s a mad dash to learn everything about it and whether or not it affected your website. Sometimes algorithm updates can also give us a view into the minds of Google’s team and what might be coming for the future. This was the case with the recent Pigeon Update.

For those who are unfamiliar, the Google Pigeon Update was announced at the end of July and was said to help offer local search results that are more closely related to some of the ranking signals Google uses in web results. The update caused more directories—OpenTable, Urbanspoon, TripAdvisor, etc.—to rank better, which caused some concern for local business trying to rank.

This led me to the question:

What local tasks are you considering upgrading for your online presence? Are you concerned at all about the Pigeon update and the way local search seems to be moving, or do you think this was a one-time thing that isn’t a big deal?

Below are some of the excellent answers we received: 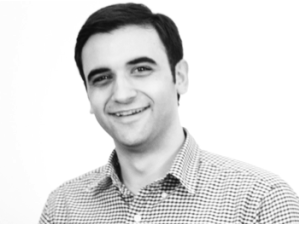 Google’s Pigeon update appears to favor large review directories over local business websites, with sites like Yelp and Urban Spoon occupying several positions on page one. As an SEO, I can see why this change may be viewed as Google helping big sites get bigger, while keeping some of the little guys down. However in my own experience searching for restaurants in the area, I prefer an aggregate Yelp result over the typical poorly designed restaurant site with a splash page and background music.

I’m sure Google will continue to revise their algorithm for local results as search becomes even more personalized. It wouldn’t be the first time Google revised an algorithm after an initial release. In the meantime, it’s more important than ever for local businesses to be diversifying their traffic and marketing efforts.

One trend that I think is often overlooked is the sheet number of new businesses that join the web each day. Every single day, every single keyword gets more competitive. The reality is that no local business can just throw up a website and expect a flood of visitors. 10 years ago? Sure. But not today.

Especially locally, businesses have to compete with the big directories, as well as the new yelp-lookalike startup that launches each week. To compete you have to be everywhere, not just Google, but Facebook/Twitter/Yelp/Foursquare/Instagram/Pinterest. Diversify, diversify, diversify!

We have not seen significant impact on our clients as it has not rolled out in Canada yet. Our client base is 95% Canadian and what we learn about the Pigeon update is based on only observations and readings from the community in US . We don’t track US queries enough to draw a conclusion.

One of the main observations is that the Pigeon local search update will decrease or eliminate the local pack, which is something fully controlled by Google. Of course business owners will be affected by having less visibility on the first page.

Business owners should not be focusing only on 7 pack local rankings and ignoring their organic web rankings; the Pigeon update will pay more attention to web related signals which means traditional SEO will have a bigger role to play with local ranking in the future.

Pigeon definitely has impacted local brick and mortar businesses search results in two ways. First, local businesses must make sure they are correctly identified (name, address and phone number) across numerous directories including Yelp, Urbanspoon, OpenTable and TripAdvisor because these directories have been given a push up in search results with Pigeon. If I search for restaurants in my local area, I no longer get results of restaurants, I get area directories from places like Yelp and TripAdvisor. Also, your business must be registered with Google+ Local. For small businesses that lack the SEO power of sites like Yelp, they will have to rely on accurate information and good reviews to drive business. Encouraging your customers to leave positive reviews for you on these sites is more valuable than before Pigeon.

Secondly, Pigeon seems to have contracted the distance around an area search. For many places, this won’t make a difference in search results, but for a city like Atlanta, this contraction can have an impact. Atlanta as a search term may be used for the downtown area or the broader metro area. For businesses not in the downtown area, Pigeon appears to be excluding them from results.

Local SEO is a challenge because of the competition from the big directories but building quality websites with engaging content is still key as well as having accurate content. That accuracy now must extend beyond your own web portal to the directories that point toward your business. Pigeon makes it necessary and key for them to engage with directory services.

I teach about SEO in general as it relates to creating content, particularly in social media. I don’t think the two can be separated because Google emphasizes rich, value-added content which frequently can be delivered through social media.

Pigeon seems to key in on a lot of more traditional web signals which have always been a point of emphasis for us.  With the update, we seem to be seeing a diminished level of visibility (and thus importance) for the traditional local search results (“7 packs”, etc) and so this means local businesses marketers should be looking more at factors that influence the standard algo for regular organic SERPs.  Localized content and domain authority become a bit more of a focal point and really this update should just reaffirm the importance of Google+ for all businesses, especially those with brick and mortar addresses.  Also, since many authoritative directories like Yelp and CitySearch seem to be winning out on the deal, marketers would be well suited to make sure they are fully optimizing their listings on these sites or really just increasing their visibility on these sites in general; even if it’s through a media buy or any form of paid advertising.  If you can’t beat um’, join um.

I’m not particularly concerned about the update.  Companies who have historically been garnering a lot of referral traffic from the local results tend to be taking the biggest hit from this.  But those who have embraced content marketing, particularly localized content marketing are being rewarded.  Thus, there’s just a re-emphasis on what we’ve already know to be a priority for Google.  We’ve always found the local results algorithm to be a bit inconsistent.  Perhaps Google felt the same way and went back to their “bread and butter” of more traditional website signals to help improve local search results.

Since Raven Tools enjoys a worldwide customer base, I reached out to a few to ask this very question. Our customers serving local SEO clients actually experienced positive results after the Pigeon update. Several local clients reported increased visibility in the Local 7 Pack on the Web and the Local 3 Pack on mobile.

For another Raven customer, overall conversions were up, but traffic declined slightly.

It appears as though the key terms that triggered the 7 and 3 pack, respectively, declined by about 30%. A quick analysis of which keyword terms were affected led to a boost in their Google Adwords budget that helped to absorb any temporary traffic loss.

In general, our customers were not concerned about Google’s latest update. They tend to take a balanced approach for these ‘just-in-case’ scenarios. In my experience, many professional SEO marketing agencies take the long view and consistently build incoming links through local citations and relevant niche directories.

They also recognize that you only need a handful of quality links to make a difference in the search engine results pages (SERPs).